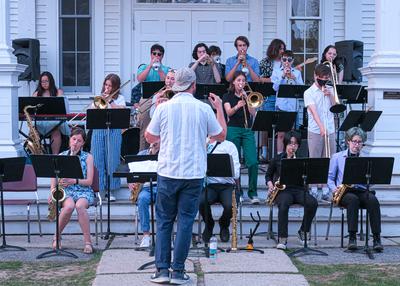 One George Stevens Academy jazz ensemble and two musicians won acclaim at the National Jazz Festival held virtually on May 21, according to press release from the academy.

Senior Morgan Davis was named Outstanding Musician in the Large School L-3 division for his performance in the jazz band.

Videos of all performances and the awards ceremony can be watched on the National Jazz Festival YouTube channel.