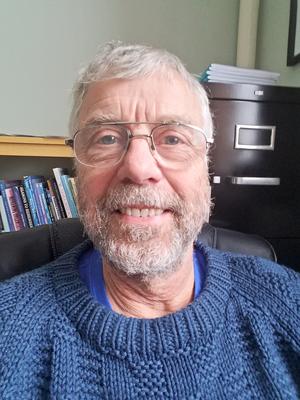 After 13 years as the principal at Penobscot Community School, Allen Cole has decided to retire at the end of the school year.

After 13 years as the principal at Penobscot Community School, Allen Cole has decided to hang up his hat at the end of the school year.

In his letter to school board members announcing his retirement, Cole stated that the number 13 is his “lucky number,” adding that his birthday is May 13, he was married on Friday the 13th, both his children wore the number 13 on their baseball jerseys, and he will have been married for 13 years this coming August.

“I am so proud of what we have all created. I can’t really think of a better time to leave a position. Thirteen years seems like a nice number,” Cole wrote in his letter.

With other principal positions opening up in Brooksville, Sedgwick and Southwest Harbor at the end of the school year, Union 93 Superintendent Mark Hurvitt and board members need to come up with a plan, something that was discussed at the board’s January 9 meeting. Also in attendance were teachers Michelle Charette, Darcy Currier and Susan Varnum, who submitted a letter to the board offering suggested characteristics and desires for Cole’s replacement.

“[Cole] has been more than our technical leader, he is our heart,” was a sentiment written in the teachers’ letter.

One of the concerns noted in the letter was to make sure that Cole’s replacement would have strong leadership qualities, but also possess the abilities to be a “half principal, half teacher” as Cole has been. Right now, Cole teaches three math classes in the morning and fits his principal business around that.

Another priority is to make sure two of the teachers and secretary Laurie Hachat be on the hiring committee. The two teachers that have volunteered are Chandra Bisberg and Chris Tanguay, according to Charette.

The last request in the teachers’ letter is to make sure the hiring process is completed by the first of June, if possible, to allow for the new hire to see the teachers in action, and possibly shadow Cole, before the summer break.

Hurvitt noted that while there is no set timeline to begin advertising and interviewing, given the fact that three other schools in the area will have vacant principal positions to fill it may be a good idea to start the process “sooner rather than later.” Board members agreed, and a decision as to what the plan will be moving forward will be developed soon.